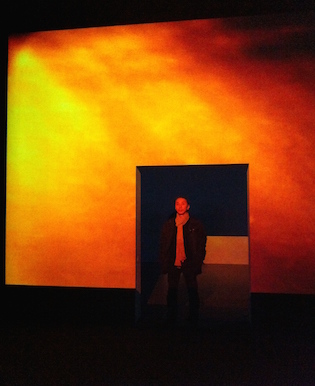 Tetsuo NAGATA was born in Nagano, Japan. He moved to Tokyo, continued his studies and immediately became interested in cinema, especially French cinema, and organised a Movie Club at the Franco-Japanese Institute in Tokyo.
In 1972 he left for France to study at the University of Paris VIII, Cinematography section.
In 1975 he returned to Japan and worked as an Assistant Operator with the Director of photography, H. Segawa ( LA FEMME DE SABLE - H. Teshigahara) on several films. This experience made him work with Toho and ToeÃ¯ Studios.

In 1982 he decided to move to Paris. He met Riccardo Aronovich and became his assistant.
He continued to work with different French productions for feature films and advertisements.
In 1988 he decides to launch himself as Director of Photography.

He then met FranÃ§ois Dupeyron and with him, made two films: "C'EST QUOI LA VIE" (Grand Prize at the Festival of San Sebastian) and "LA CHAMBRE DES OFFICIERS" (Official Selection at Cannes Festival). For the second film, Tetsuo Nagata, received a CÃ©sar, in 2002, for Best Photography.
From that point on his career was spent between France and abroad. He shot "RIDERS" in Canada with the French director GÃ©rard PirÃ¨s and "BLUEBERRY" in Mexico with Jan Kounen.
He returned to his native Japan for the film "UNTIL THE LIGHT COME BACK" with the director Takashi Minamoto, and then he met Vincenzo Natali, a Canadian film-maker, with whom he shot a sequence of the film ''PARIS JE T''AIME'' and "SPLICE" which is set to be released in cinemas in 2009.
His work with the director Olivier Dahan on the film "LA VIE EN ROSE" earned him his 2nd CÃ©sar on the 22nd of February 2008.